We hope that everyone is doing well during this stay-in-place.  If you are able to take advantage of some free time, we hope that you are able to sit back, relax, and enjoy TONS of books and not worry about those things that are out of our hands.  OK…enough of the levity, now to the books.

This month we decided to read three books….Wish by Mimi Jean Pamiloff, Reaper’s Property (Reaper’s MC book 1) by Joanna Wylde, and Good Intentions (Road to Hell book 1) by Brenda Davies.  Why we place this kind of pressure on ourselves, we don’t know but for the most part we did it.  We decided to have our meeting with the assistance of Google Hangouts and because of this our reviews will be short, but hopefully giving you something to think about. These reviews will be full of spoilers, so if you plan to read these books and do not want to know key facts, you might want to visit us after you’ve had a chance to read them. 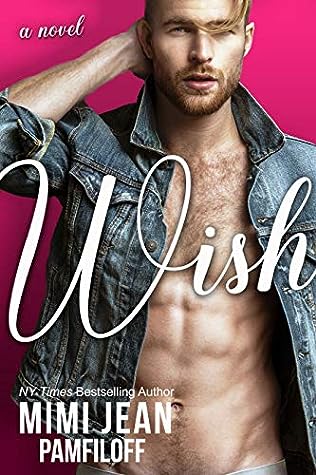 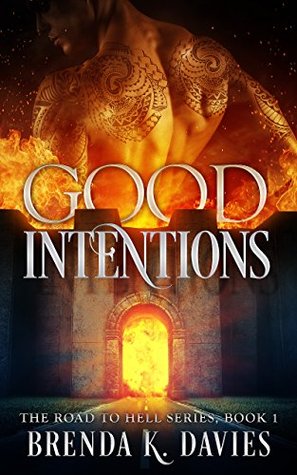 “Wish” by Mimi Jean Pamiloff, was a very interesting book.  This book about Ginnie, a recently badly dumped (he took her money and left her in real debt y’all), and Marus, the “genie” that is not one.  The long and short of it is that we felt it would have been a more interesting story if the hero was actually a genie and not an amnesia sufferer who has completely changed his live.  We all were convinced that he really was a genie, the way that bottle kept coming back.  Now that thing that surprised us was when we found out the sister actually had tried to kill the hero.  What did not surprise us was the pregnancy but her leaving and not telling him was a surprise.  We gave this book an average of

because she said she felt the book was clever.

“Reaper’s Property” by Joanna Wylde was a selection that came about because one of our members was interested in a good MC book/series and one of our members is an “Old Lady” and a reader of motorcycle novels; this book was the one that immediately came to her mind.  This is the story of Marie and Horse and the introduction into the Reaper MC world.  This book was met with reviews from either one of the ends of the spectrum.  Either we liked it or we didn’t.  Those who did not like it had issues with the way the women were treated….why did the women have to be “sweetbutts” or “old ladies” or why did they have to be left out of everything and expected to not ask questions, and seriously why is an old lady considered “property” with a jacket that tells the world that they are someone’s property?  Those that liked it realized that it was a culture that is different from the normal social norm.  It is not derogatory to be an old lady, and if you are initially assumed to be a sweetbutt, get it straight and you will be fine.  Marie’s misunderstanding of the difference of between sweetbutt and old lady was an issue.  It seemed that she felt they were one and the same   We ALL agreed that there is no way we would have been the “good sister” that Marie was by helping out her brother.  He made those bad choices, then he was on his own because in order to help him, Marie had to “sacrifice” herself.  Our final thoughts were that the majority of us will continue with the series.  We gave this book

The final book was “Good Intentions” by Brenda Davies.  For most of us, this was the last book that was read and one that we really were unsure if we were going to go beyond our required 100 pages.  Because 1) it was over 300 pages long and we read three books this month and 2) one of the first reviews on Goodreads was very low with a statement that stuck out that they did not like the couple together.  Here’s the thing folks…..don’t believe that review….this book was GOOD.  We were able to finish it quickly, it was that good.  This is the story of River, a descendant of Lucifer (we told you there is a spoilers in this post) and Kobal, the true ruler of Hell and all demons.  The humans of the world have messed up and opened a portal to hell.  Kobal and his team are now on earth trying to help us fight the ever-growing number of demons that have been let lose on the world by Satan in his bid to take over the world.  It has some high and low points.  The lowest was when River had to leave her brothers because HER MOTHER TURNED HER IN and the youngest brother (who was around 2 years old) clung to her and had to be pried away from her.  We shed a tear.   The high of the book was what made the book great in our opinion and that was that River was not a silly chic that was all “woe is me”.  She was placed in her situation and once she realized that her “quarks” were powers that could be strengthened she got to work learning how to strengthen them.  Her attraction to Kobal was strong, and when they gave in it was hot.  Them as a couple was good, they are were not stupid.  Everyone who read the book (the majority of us) will definitely be continuing on with the series.  We gave this book

Ok…that’s it for this month.  Thanks for taking the time to look at our page.  We hope that you are all being safe and healthy during this time.  We are still prepping for Lori Foster with hopeful hearts that everything will be good and RAGT will still continue.  We will be reading “All Fired Up” and “Sommerset Girls” by Lori Foster.